The Syndicate recently celebrated their third annual gathering in Sin City with an excellent line up of entertainment and speakers, as well as some major guild announcements. More than 110 people arrived for the conference that was to span 5 days and 4 nights. 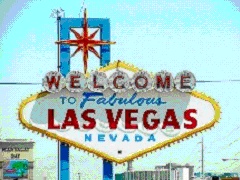 Members began trickling in to the guild hospitality suite on August 19th, mingling with other members, and collecting their welcome packages which included a very nice metal, commemorative Syndicate coin and other LLTS memorabilia, as well as the weekends agenda.

Friday, as the conference officially started, Mark Gere, a developer from Microsoft, and a liaison to the Sigil Online project Vanguard: Saga of Heroes game, met The Syndicate for a breakout session to discuss game development processes, and current trends in online gaming. Cindy Bowens, the Community Manager of Sigil Games Online, joined Mark for an evening of casual MMORPG discussion with guild members.

Sean Dragons Stalzer, kicked off Saturdays meeting by announcing that The Syndicate guild name, along with the logo, and Long Live the Syndicate catch phrase had been trademarked for all things related to online gaming.

The Syndicate has formally decided to migrate to Blizzards World of Warcraft upon its anticipated fall 2004 release. Mike Ranco McDonald led the guild in a general discussion about WoW, along with other veteran beta testers of the game, to provide members with an outstanding overview of the game, and its features. Members were also able to take a look at the beta in person at the hospitality suite where two members demod their accounts for the group.

Dwana Veakari Hughes announced the upcoming publication of Tales of Myth and Legend, a collection of fantasy stories written by various members of The Syndicate. These stories will be made available to the public in paperback form, with the stunning cover art we recently had comissioned. Details on how you can purchase a copy of the book will be made available in October 2004.

The floor was then turned over to Mark Gere, the lead programmer from Microsoft Studios, who gave a presentation on MMORPG development cycles detailing the process from idea conception through release, as well as his role with the Vanguard project.

Cindy Bowens discussed her role as a Community Manager, including her start as the creator of the immensely popular Everquest FanFaire events. Cindy then lead an in depth discussion on Sigils latest endeavor, Vanguard: Saga of Heroes, a third generation MMORPG.

Jonathan Hayter, the Creative and Community Manager, and Jason Smith the Technology and Support Manager representing The Themis Group were on-hand to demonstrate their current project, The Saga of Ryzom, as well as to invite attendees to join the current beta that is in process. They led an excellent Q&A session on Ryzom, and later returned to the guild suite to give members a chance to play the beta, and learn more about the The Themis Groups role in promoting the game to the United States.

Saturdays meeting wrapped up with a two hour gaming spree at GameWorks, followed by an evening at The Tournament of Kings at the medieval themed hotel and casino, Excalibur. The Green Knight still sucks!

Guild member Joe Ulkaur Boatman led his annual late night D&D session, amidst a host of pranks played by fellow guild members. The D&D games are a popular event, which carries on throughout the year on the guilds private mIRC channel.

While many members were saying farewell on Sunday, nearly forty members, as well as Mark Gere, were gearing up for an evening of paintball at a local indoor facility. The paintball event was a huge hit and probably will become a staple of future conferences.

Final goodbyes were said on Monday and plans were already underway for the 2005 conference. The conferences get bigger and better each year!