14th Anniversary
Feb 2010 marked 14 years of Syndicate Success. Founded in 1996 we have seen the rise and fall of between 5,000,000 and 50,000,000 guilds (depending if you estimate conservatively and factor in the games in the orient) yet we are still here. What does that number really mean? You have a better chance of winning your states lottery than you do in finding a guild as successful, old and stable as we are. You are 25x more likely to be killed by a lightning strike than you are to find another Syndicate-esque success story out there.

By our 14th year we have achieved many things. A few of the more highlights that we are most proud of are:

There are other successful guilds out there. There is NO other group that has achieved all we have achieved. Every year we add some new milestone to our achievments and there simply is no more successful gaming group anywhere in existence. Long Live The Syndicate! 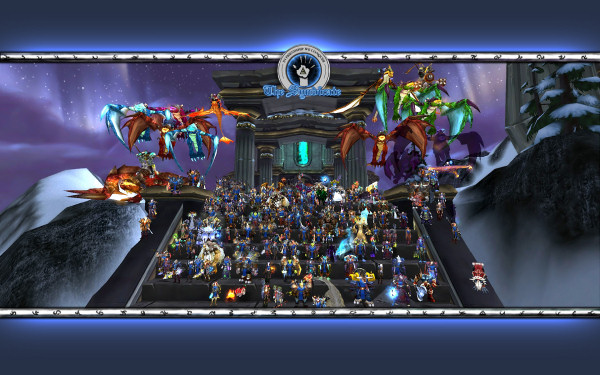