Y.O.U. Sends Thanks!
The Syndicate supports 2 charities. They are Youth Opportunity Unlimited and the American Cancer Society. Among other things that we do, there is a massive charity raffle at SyndCon each year with hundreds of prizes and thousands of dollars raised. SyndCon 2011 was our largest raffle yet and we raised a good sum to donate to charity. Also in attendance were several of the ladies from Y.O.U. That was a big deal to us because it helped put a face to the organization that we have been supporting for several years. Hearing their stories and understanding how our donations go to support the youth was an inspiring and motivating aspect to the overall SyndCon event. After the conference, YOU sent over a thank you. They said, in part, "We just wanted to let you know we really enjoyed the 2011 Syndcon thank you for letting us come and represent Y.O.U! " and they included a card which was: 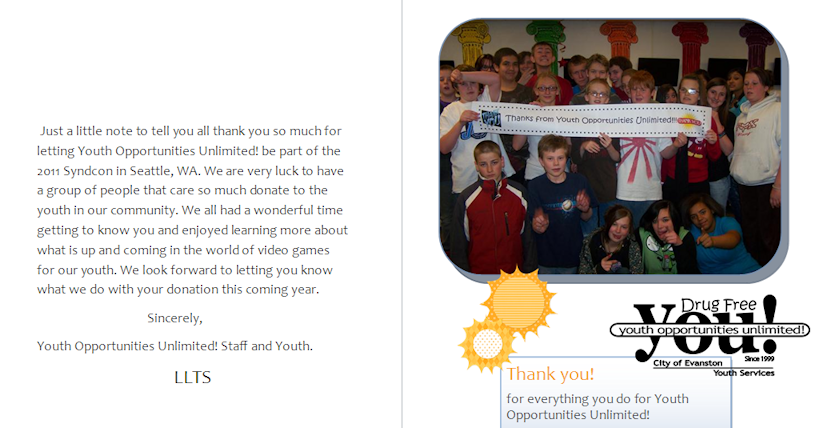