Massive Magazine Article
Back in July of 2006, Massive Magazine interviewed The Syndicate for an article they were doing for their first issue about MMOs and guilds. Over the next couple of months the article and magazines focus changed and adjusted with the decisions of the editors and staff into what eventually became the inagural issue of Massive Magazine in late Sept/early October. The Syndicate was featured with a picture and article about us. Below is a scan of that article: 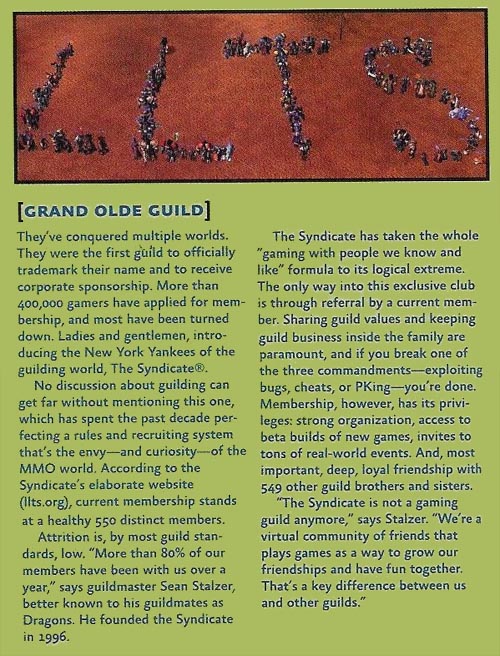